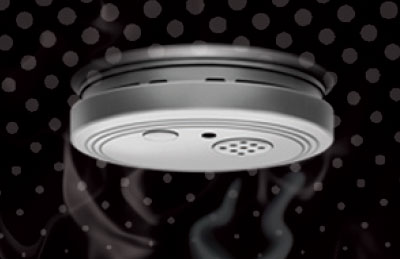 Smoke alarms save lives. The Queensland Government advises that the risk of death from a house fire is up to 3 times higher in homes that have not been fitted with smoke alarms.

By law, all homes and units in Queensland must be fitted with smoke alarms.

Your protection against fire increases with the quality and type of smoke alarm that is installed. Photoelectric smoke alarms ‘see’ the smoke. These alarms detect visible particles of combustion. Photoelectric alarms are particularly responsive to smoldering fires which give off a lot of smoke.

The new law comes into effect at different times for different circumstances as follows:

The State Government encourages all Queenslanders to update to photoelectric interconnected smoke alarm systems as soon as possible for the safety of all homes and residents.

Both hard-wired and battery-operated smoke alarms are manufactured to have a recommended service life of at least 10 years under normal conditions of use (AS 3786).

The entire smoke alarm must be replaced after 10 years from the manufacture date.

After 10 years smoke alarms may malfunction and their efficiency can be compromised with accumulated dust, insects, airborne contaminants and corrosion.

Remember a smoke alarm constantly monitors the air 24 hours a day.  At the end of 10 years, it has gone through millions of monitoring cycles.  After so much use, components may become less reliable.  Most smoke alarms have an expiry or replace by date stamped/printed on them.

All smoke alarms being replaced after 1 January 2017 must be replaced with a photoelectric alarm.

Smoke alarms must also be replaced if found to be faulty when tested.

The team of Brisbane master electricians at Levitt Electrical can upgrade, install, replace, service and test your smoke alarms. Contact us now on 3399 4499 or complete our Enquiry Form for all your smoke alarm requirements.

ON TIME. ON BUDGET. LOVE IT!

We are proud of our reputation for timely service, quality work and competitive rates. The hallmark of a successful service business is customer satisfaction and the majority of our work is from previous customers.

We telephone you to confirm our arrival, ensure we leave your property clean and tidy and act professionally at all times.

Make an Enquiry Now. Please complete your details below and we will contact you ASAP